This is a story of a mother who initially didn’t want her child to sit next to an African American boy in school. However, her attitude changes completely when she realizes what the boy does to her. You’ll see what I mean.

“A week after my son started first grade, he came home with the news that Roger, the only African American in the class, was his playground partner. I swallowed and said, “That’s nice. How long before someone else gets him for a partner?”

In another week, I had news that Bill had asked if Roger could be his desk partner.

Unless you were born and reared in the Deep South, as I was, you cannot know what this means. I went for an appointment with the teacher, she met me with tired cynical eyes. “Well, I suppose you want a new desk partner for your child, too,” she said. “Can you wait a few minutes? I have another mother coming in right now.”

I looked up to see a woman my age. My heart raced as I realized she must be Roger’s mother. She had a quiet dignity and much poise, but neither trait could cover the anxiety I heard in her questions: “How’s Roger doing? I hope he is keeping up with the other children? If he isn’t, just let me know.”

She hesitated as she made herself ask, “Is he giving you any trouble of any kind? I mean, what with his having to change desks so much?”

I felt the terrible tension in her, for she knew the answer. But I was proud of that first-grade teacher for her gentle reply: “No, Roger is not giving me any trouble. I try to move all the children around the first few weeks until each has just the right partner.”

I introduced myself and said that my son was to be Roger’s new partner and I hoped they would like each other. Even then I knew it was only a surface wish, not a deep-felt one. But it helped her, I could see.

Twice Roger invited Bill to come home with him, but I found excuses. Then came the heartache that I will always suffer.

On my birthday Bill came home from school with a grimy piece of paper folded into a very small square. Unfolding it, I found three flowers and “Happy Birthday” crayoned on the paper and a nickel. 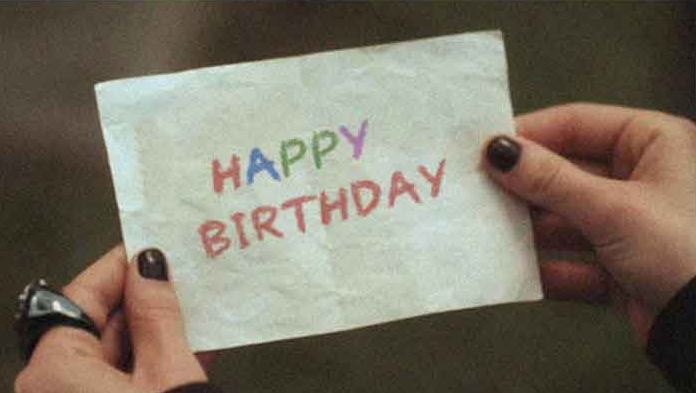 “That’s from Roger,” said Bill. “It’s his milk money. When I said today was your birthday, he made me bring it to you. He said you are his friend, because you’re the only mother who didn’t make him get another desk partner.”