Following the tragic bombings in Brussels, people, including Donald Trump, immediately began blaming all 1.6 billion Muslims for the actions of four men. One such man, Twitter user Matthew P. Doyle, decided to ask a random Muslim woman on the streets of Croydon, England, to “explain Brussels”. 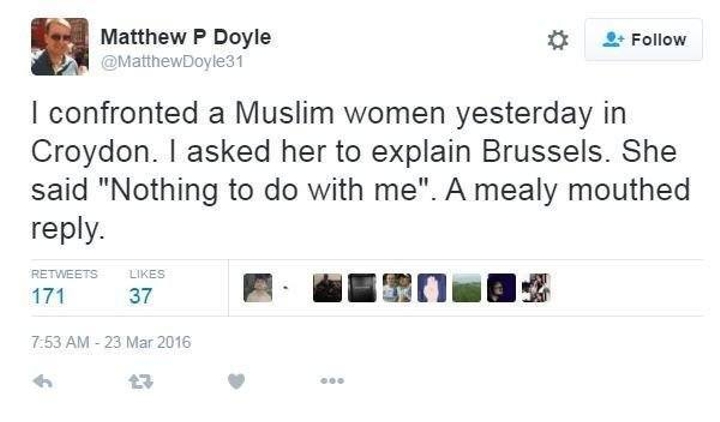 Replies from British Twitter users were as brilliantly sarcastic as you’d expect.