Prince Harry is known for his rugged good looks and his cheeky rebellious streak. He also made headlines when he personally served on the front lines in Afghanistan.

But what you might not know is that when he came home from war, Prince Harry decided that he would dedicate his life to the physical and mental rehabilitation of war veterans across the world. This is his story:

After what was supposed to be a twenty-week long tour in Afghanistan, Harry came home when the British Military learned that there was a planned attack on the royal son’s life. Sad to leave his fellow soldiers, Harry got on a plane back to England.

“I suddenly I found myself on a plane. While I’m sitting there and I look through the curtain in the front, there are three of our lads wrapped up in plastic missing limbs. I thought to myself, people don’t get to see this. That’s how it all started for me. These people are role models and need to be celebrated more among society.”

When he got home, Prince Harry was determined to continue supporting the brave men and women served his country as well as other countries across the world.

He became interested in events that promoted the physical and psychological rehabilitation of war veterans. In 2013, he attended and played in the US Warriors games, a sporting competition for wounded, ill, and injured servicemen and veterans. 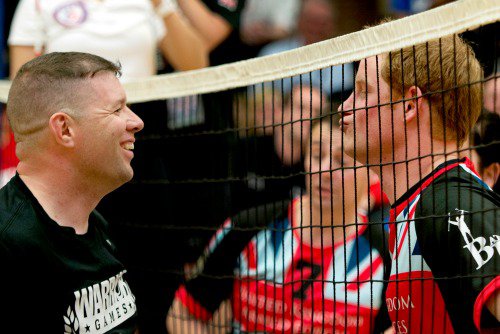 But Harry was determined to do something in Britain, as well.

“Over those ten years in the military, I was given an amazing amount of knowledge and experience where I am now perfectly positioned to be their voice and champion their cause.”

So he got an idea.

Prince Harry was inspired to start a veterans sporting event of his own, and in 2014, launched the Invictus Games in London. The website describes the event as “[using] the power of sport to inspire recovery, support rehabilitation, and generate a wider understanding and respect for wounded, injured and sick Servicemen and women.” The inaugural games were hosted in London in 2014, but the location changes each year. This year, the games will be held in Orlando, Florida. In 2017, the games will be held in Toronto, Canada. 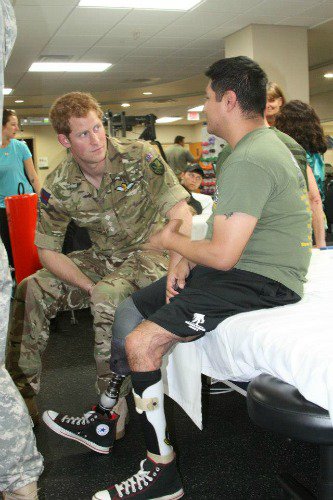 “Some of these guys should be dead. Never before have we had so many amputees survive from such unbelievably traumatic injuries. I’m now lucky enough to watch someone who should be dead run the 100 metres. You want a defintion of inspiration? That’s probably it.”

The Prince thinks it’s especially important to talk about the invisible, psychological traumas and illnesses that veterans suffer from, as well.

“Invisible trauma is a massive issue. The stigma surrounding it is a massive issue. I want to re-emphasize the point to people that it’s not a ticking time bomb. Psychological illnesses can be fixed if sorted out early enough. We’ve got to keep the issue at the forefront of people’s minds. And you know what? The simplest of things, just talking about it, makes all the difference.”

It’s clear that even after his deployment, Prince Harry’s dedication to his fellow soldiers remains strong.

“Anybody who serves our country and puts their life on the line, and then can bring themselves back from an injury like that, deserves everything. From every single one of us.”

It looks like Harry really did inherit his mother’s generosity. Share this incredible story with your friends and family today!