When Steve and Makenzie Schultz celebrated their 6th anniversary together, they decided to go to a nice sushi restaurant. However, they received terrible service when to begin with, they were forced to wait 20 minutes just to receive water, and another 40 minutes to get their first appetizer. Then their orders were mixed up. Everything that could go wrong on that night did go wrong.

Rather than get upset or angry, the couple made an observation that not many people make. As ex-waiters themselves, they understood that a waiter’s job was incredibly stressful and difficult. They could relate to their waiter’s plight, and they decided to do something that would show him what the they understood what it was like to be in their waiter’s position.

That’s when the couple did something remarkable… 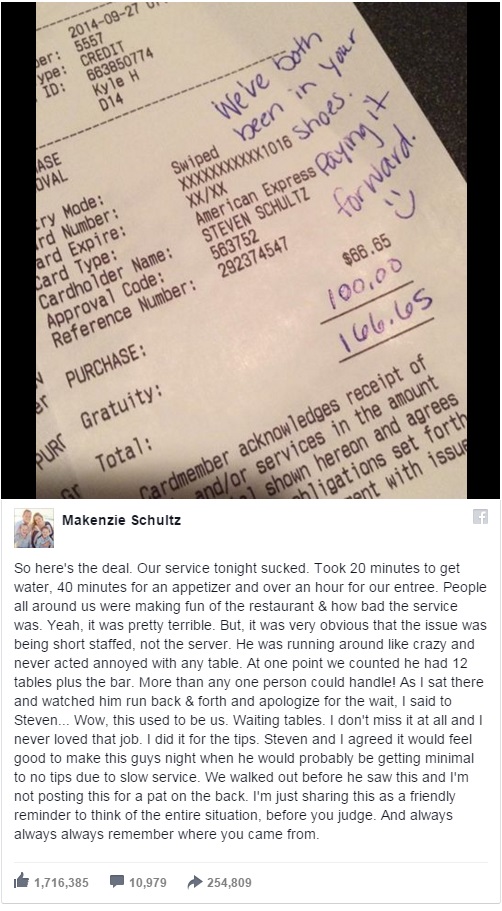 Mackenzie and her husband recognized that the slow service would cause their waiter to not get tips. As a result, they tipped him with the hope that it would keep his spirits up after a difficult night.

“This is more about being kind and being generous,” Makenzie says. “We just wanted him to know that we’ve been in his shoes.”

Share this wonderful gesture with your friends and family today!