Facebook is used for only 3 main reasons – stalking your crush, clicking “maybe” on the events you’re invited to, and finally for arguing with people for dumb comments they post. If you so happen to witness two people who can’t stand each other on Facebook, you’ve struck Facebook gold.

We’re not sure what started Brendan and Robert off but all we know are these are some of the best Facebook exchanges we’ve ever seen… for example: 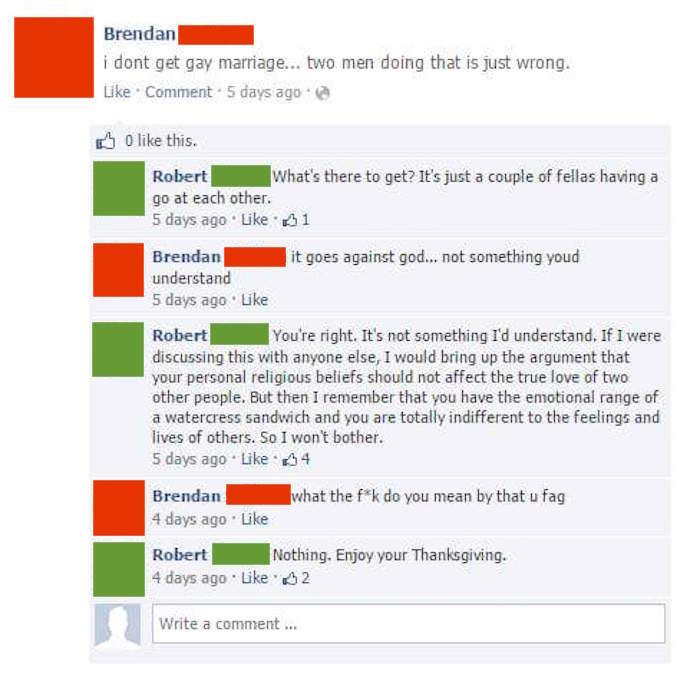 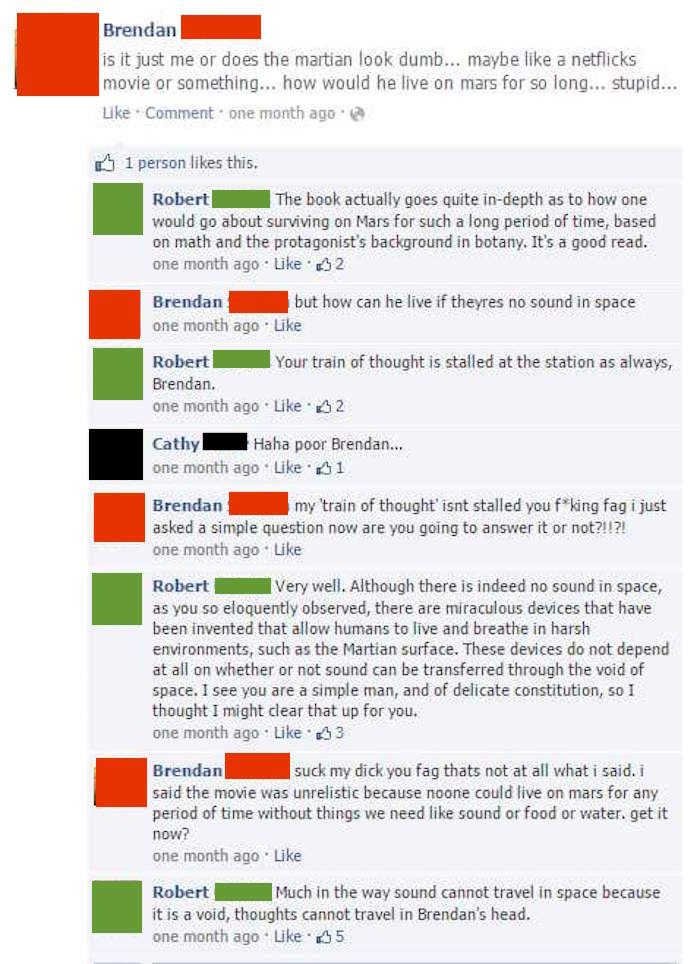 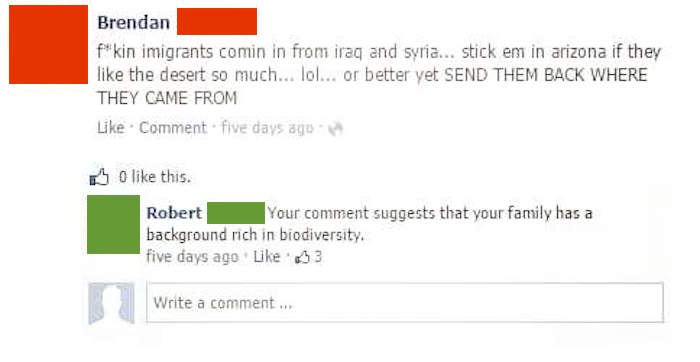 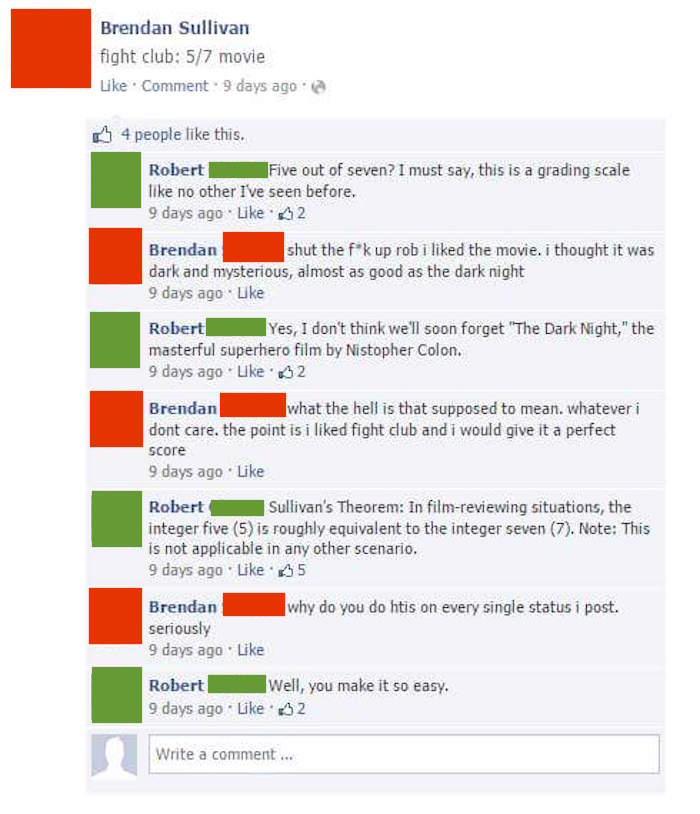 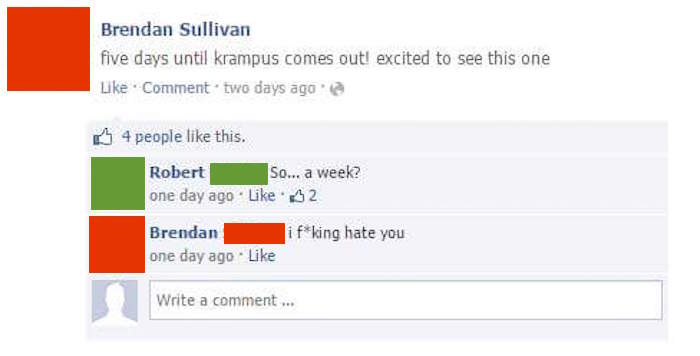 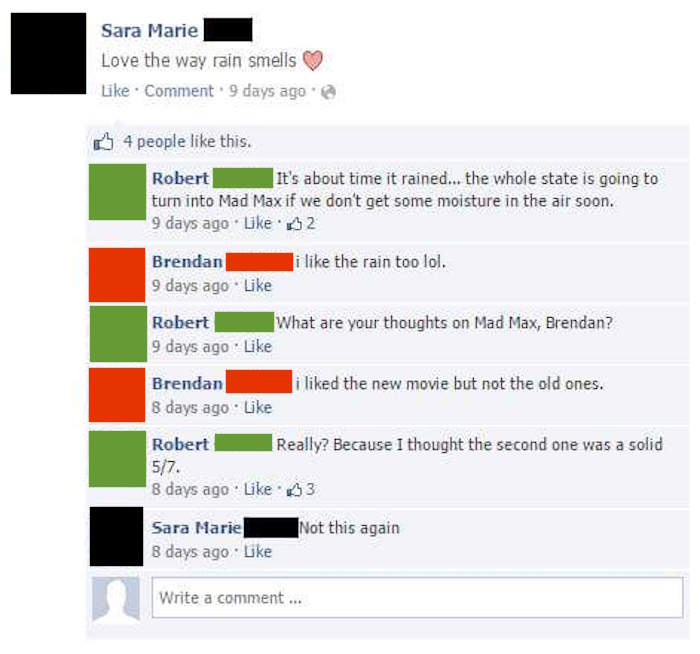 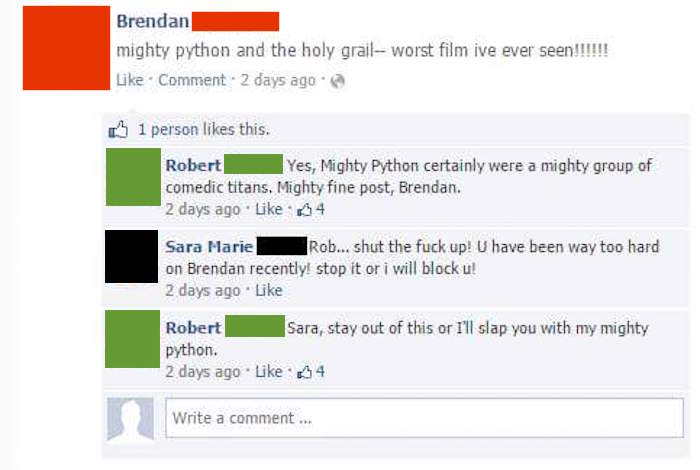 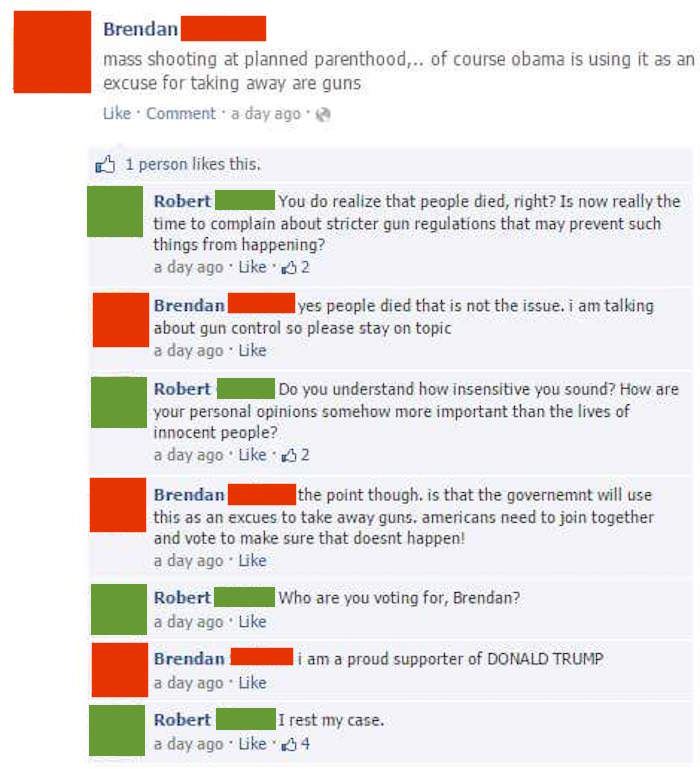 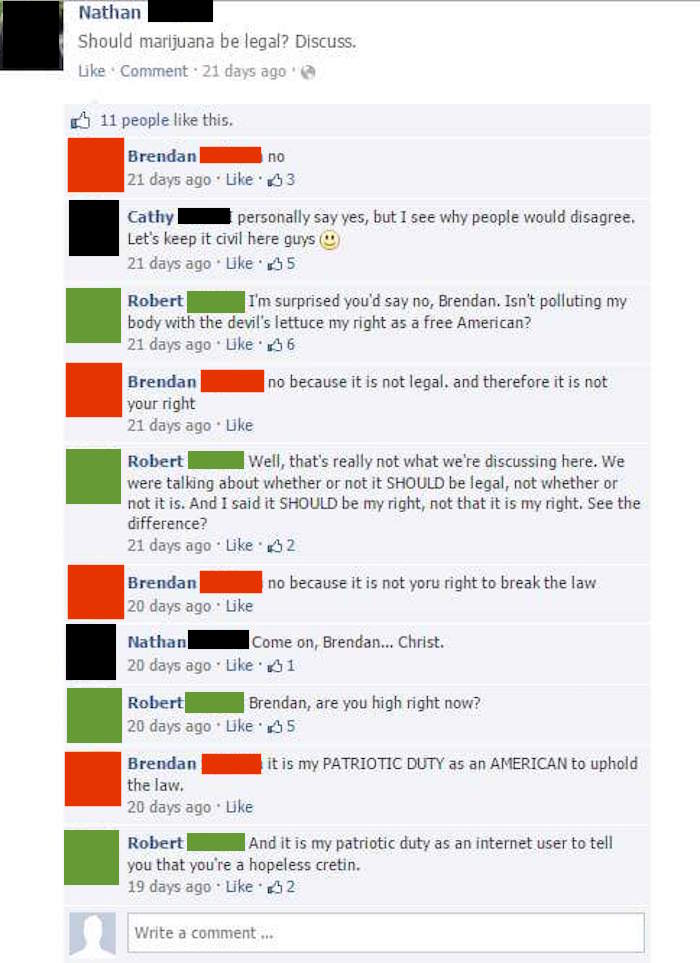 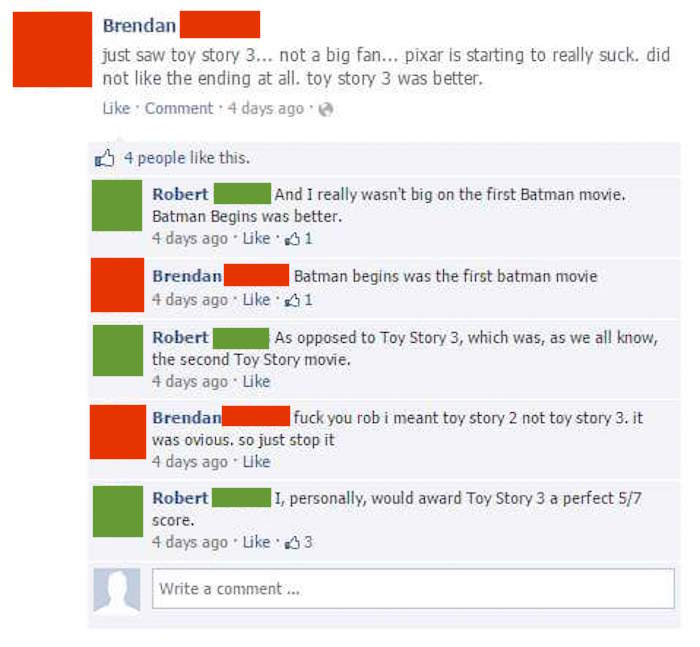 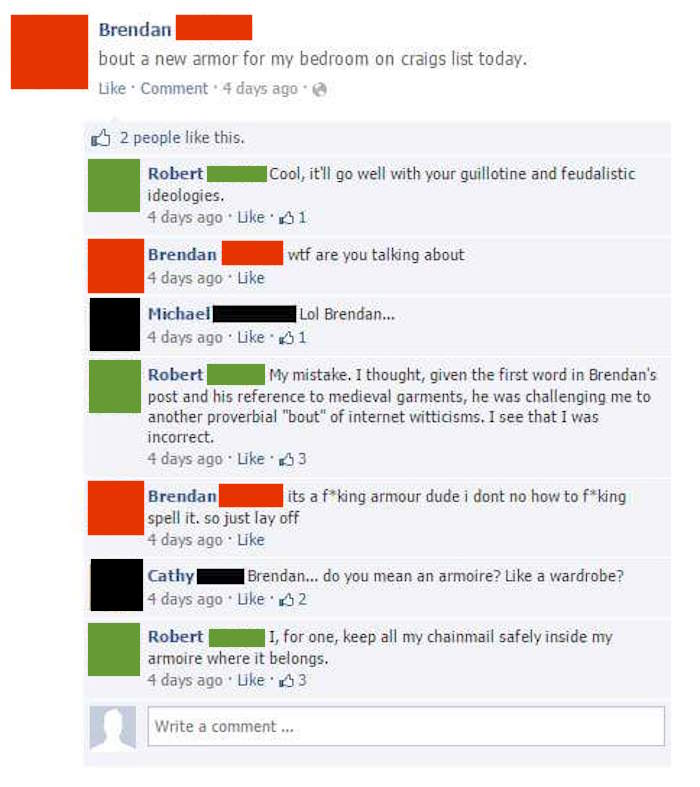 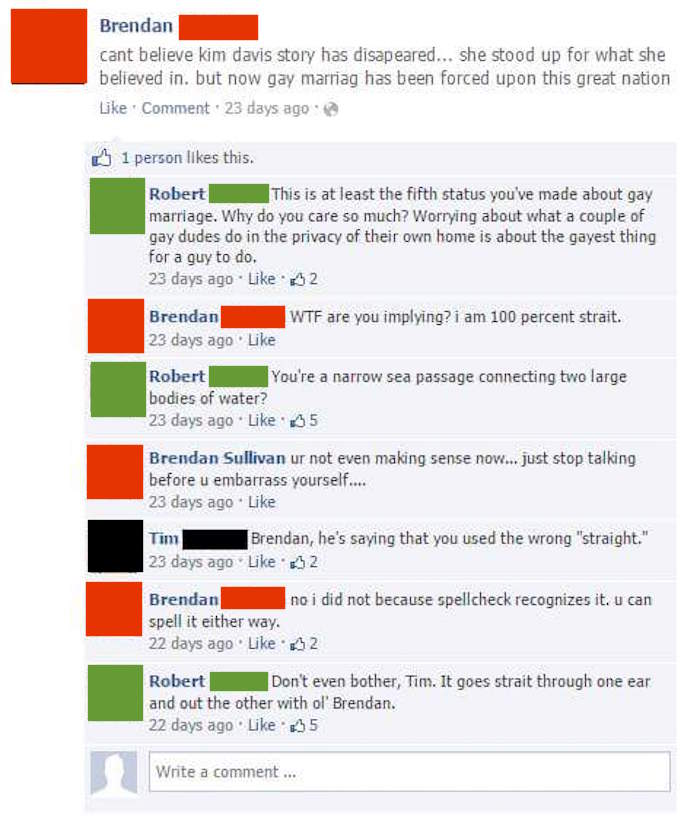 On never letting a joke go. 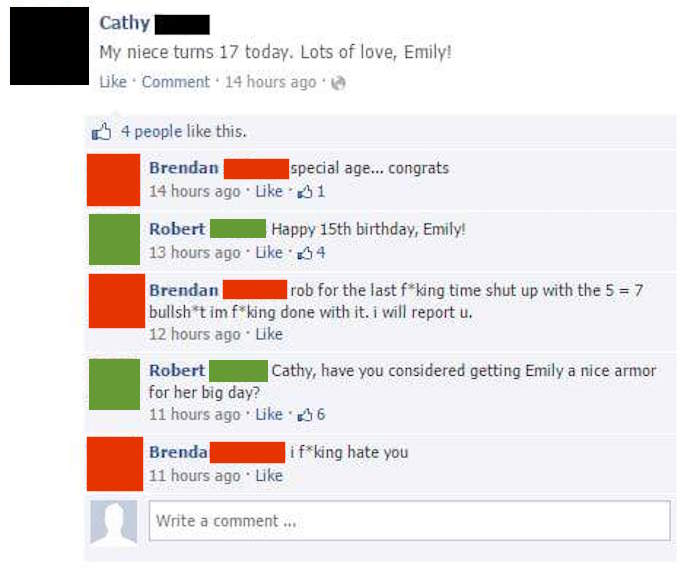 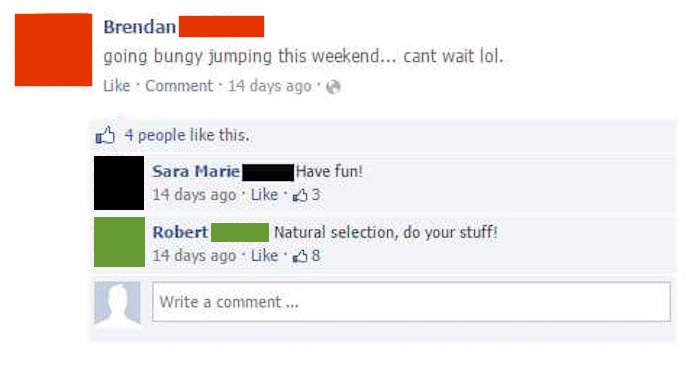 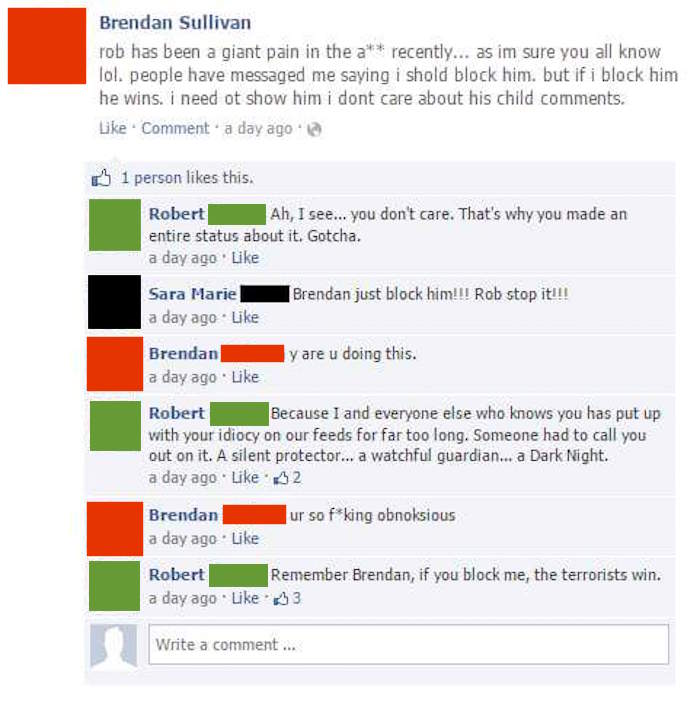