Elad realized something very strange – he didn’t love his wife but he still married her. If that sounds strange, I’m with you. But his reason is jaw dropping. The following is a short summary of what he wrote:

“I’m a ridiculous, emotional, over-sentimental sap. I guess that’s why I told my wife I loved her on our second date.

I still remember her reaction. She kind of gave me this half-shy, half-amused smile. Then she nodded and looked off into the sky. I wasn’t heartbroken by the response. But as time has gone on, I also realized that she knew something that I didn’t.

Our dating period lasted a very short time. After five months, we were married. Marriage, quicker than I was ready for, did this thing: it started sucking away that emotion. I tried so hard to keep that fire going, to keep that emotion alight, but it got harder and harder. And even worse, it seemed that the harder I tried to be sentimental and lovey-dovey, the less it was reciprocated. But it wasn’t that she wasn’t giving me love, it just seemed to come at different times. Like, when I offered to do the dishes. Or make dinner after she had a hard day.

Eventually it became clear. Through giving, through doing things for my wife, the emotion that I had been so desperately seeking naturally came about. It wasn’t something I could force, just something that would come about as a result of my giving. I’ve finally come to realize something undeniable.

I didn’t love my wife on that second date.

I didn’t love her when we got engaged.

I didn’t even love her when we got married.

Because love isn’t an emotion. It’s a verb. Better defined as giving. As putting someone else’s needs above your own. And that’s why my wife just gave me that half-smile. She knew, even if I didn’t, what love really is.” 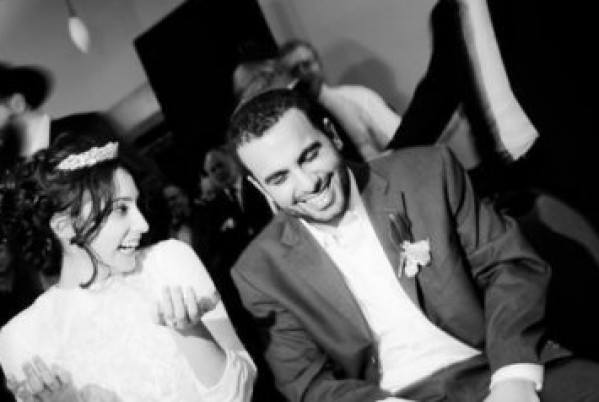 Lots of us probably have expectations of love like Elad had before he married his wonderful wife. We can all learn from Elad’s words and show true love to each other.

The story above is only a short summary of what Elad wrote, we highly recommend you take a look at his full article on his blog, you won’t regret it.

If you agree with Elad’s words, please share this with your friends today.