This is written by a heartbroken son who talks about his separate lives with his parents after they get divorced. This is simply incredible, you’ll see what I mean.

“I come from both backgrounds. Father has an 8-figure income, compared to my mother working on 25k a year. They divorced, and my mother got custody.

Most of my childhood was spent living on a crazy budget. I was a simple, white, video game playing nerd growing up. At my mothers, she could only afford one game and system for me (around 6 years old), and I selected the GameCube and Super Smash Bros melee.

Over the weekends (every other one) I went over to my dads. Because of the rivalry with my mother (aka, “who’s the better parent”), my father would ask me for a list of games or anything else I wanted, and in 2 weeks it would be there.

When I was 17 (I never asked for anything over $80, maybe a really good fishing tackle box, but that’s about it) I asked for a jet ski. Fast forward 2 weeks, and there’s a $15,000 jet ski in his backyard (he lived in a giant mansion next to the lake). 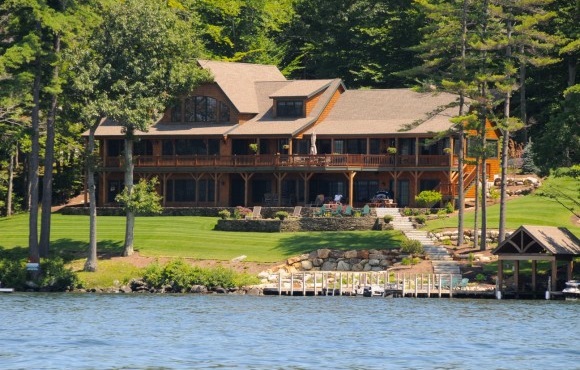 The best thing about being rich is the comfort, convenience, and general happiness.

2 years ago, my mother made me a bank account linked to her name. Whenever something happened with her account (deposit, etc), I’d get an email.

When I was 16, I asked for an upgrade to my computer. My planned upgrades were $600, and I said I’d help around the house and get a job myself (which I did) to pay her back.

Next day? I get 2 emails. One is a notification of a $1500 purchase from www.newegg.com, and the next one saying that the account has gone in the negative. -1350 on the account.

I never told her that I knew, and I’m happy that I havent. Saying “I love you, and would do anything for you” is one thing, but doing it is another.

Since paying off that payment (took me 3 months), my mother got Graves disease (among other things), and had to stop working.

Even though I’m in college, I go back once a month (5 hour train ride) to help her clean the house, cook, shop, etc. I pay for most of it too.

No game system, jet ski, boat, smart tv, etc. My dad could buy for me could EVER even compare to my mother.”