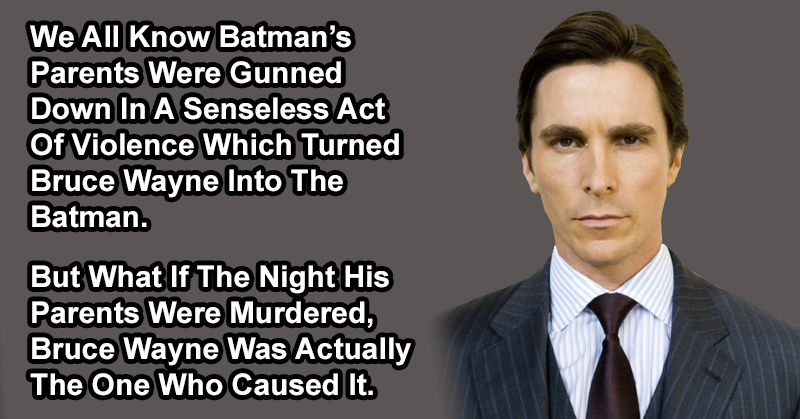 It’s a couple years from now, the chips are on the line, the multiverse is at stake, again… only this time it all comes down to Batman.

He defeats the ultimate evil of the DC universe, only to find himself launched through time… into a strangely familiar city.

Scrambling to find some clothes after his costume got destroyed by Z-rays in the epic final battle, he nabs some threads off a low-hanging clothesline. He leaves his bat-wallet full of cash on the windowsill… he’s not a bad guy, after all.

Just then, he sees a family of three emerge from the alley nearby. With a strange sense of deja vu, Bruce recognizes… his mother and father, and his childhood self. This is the night Bruce’s parents were murdered! Bruce whirls around, looking for the culprit, “Joe Chill,” but the only people there are himself and the Waynes. They barely glance at the ragged figure as they start to walk past.

With a spike of cold horror, Bruce realizes that in its final death throes, the ultimate evil he had faced in the future sent him backwards through time for a very specific reason. Color draining from his face, Bruce reaches a hand into the borrowed coat’s pocket… to find a dense, metallic lump. Drawing it out of the pocket, he comes face to face with a snub-nosed revolver. 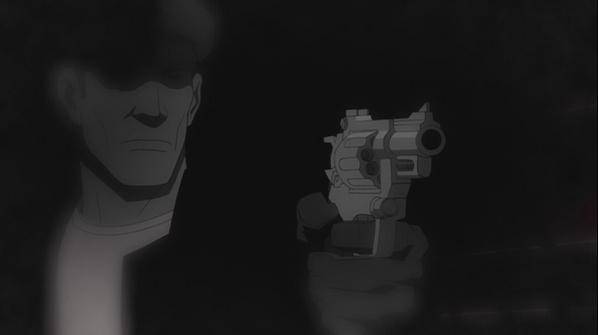 A flash of terrible insight comes to Bruce along with an iron certainty. Without Batman, the universe would never survive the ultimate evil. Without this night, there is no Batman. This is his only chance… he must choose: break his one rule (to never kill), or be complicit in the assured annihilation of the universe. There is no real choice.

With tears streaming down his face, he remembers with trained photographic memory the hollow words the mugger spat at the elder Waynes. They turn, startled. As if his hands had minds of their own, he feels the pressure on his fingers as he slowly and inexorably… pulls the trigger.

Bruce Wayne has killed his parents in order to save everything else. 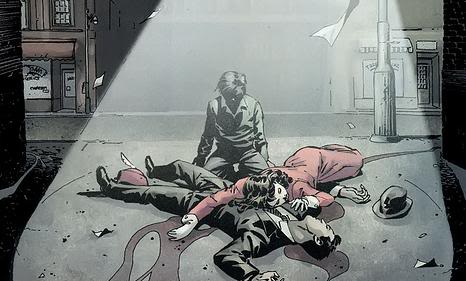 In a blind haze, Bruce the elder stumbles from the alley as Bruce the younger wails into the night. Nearing the Narrows Bridge, Bruce’s mind begins to crumble under the weight of what he has just done to himself. Unable to bear the maddening maelstrom of conflicting grief and certainty, he climbs to the highest point of the Bridge, looks out over the long-suffering city, and jumps without looking into the icy depths a hundred feet below.

Later that night, dockworkers pull a body from the water. No ID, no wallet. Nothing in the pockets but a gun and lint. Broken, deathly pale… but alive. As the foreman hangs up the call to the cops, he almost swears he hears something from the body. It sounds almost like… laughter.

It is the laughter of a man who knows the funniest joke in the world, but just can’t quite remember the punchline.