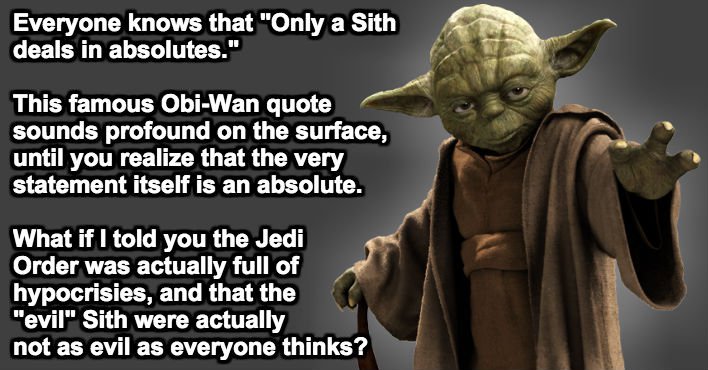 Chancellor Palpatine: Remember back to your early teachings, Anakin. All those who gain power are afraid to lose it. Even the Jedi.

Anakin Skywalker: The Jedi use their power for good.

Chancellor Palpatine: Good is a point of view, Anakin. The Sith and the Jedi are similar in almost every way. Including their quest for greater power.

Anakin Skywalker: The Sith rely on their passion for their strength. They think inward, only about themselves.

Chancellor Palpatine: And the Jedi don’t? 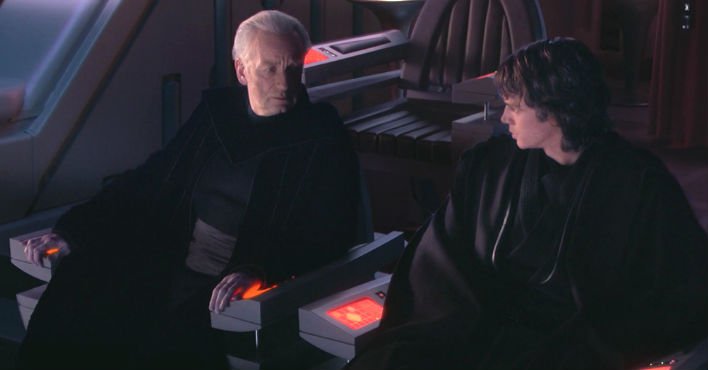 There is no emotion, there is peace.

There is no ignorance, there is knowledge.

There is no passion, there is serenity.

There is no chaos, there is harmony.

There is no death, there is the Force. 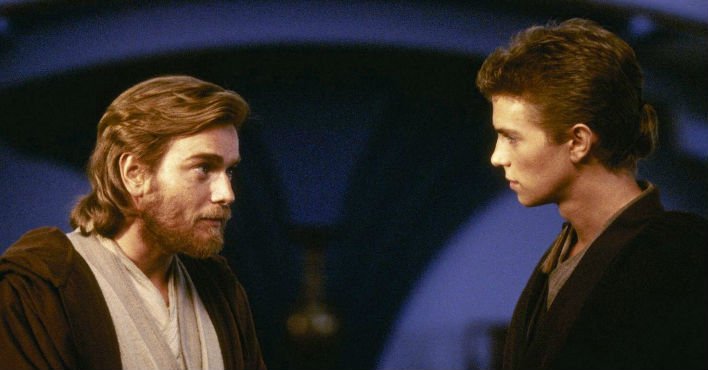 Superficially, these all seem like reassuring, cautionary notes. But they’re insidious because:

– The Jedi encourage their Order to feel nothing — “no emotion.” Feeling, emoting, being affected by what happens to us and others is at the heart of empathy. The Jedi caution against it.

– The Jedi believe they are not ignorant; that they have the knowledge. This isn’t a question of promoting the acquisition of knowledge, it’s a statement that they already have it. This is the height of hubris and this way lies naught but bigotry and arrogant presumption.

– No passion? No love? No stirring oneself to action while bearing witness to the suffering of others? No convictions? This is laudable?

– No chaos superficially seems good. Keep things stable, predictable… stagnant. Don’t question. Don’t rock the boat. Keep your head down. Do what you’re told. Chaos is change. Change can be for the worse or for the better, but life is change. Without change — without chaos — nothing happens at all.

– Death is everywhere. We face it often. Pretending it doesn’t exist, turning a blind eye to death and its consequences, is utterly irresponsible. 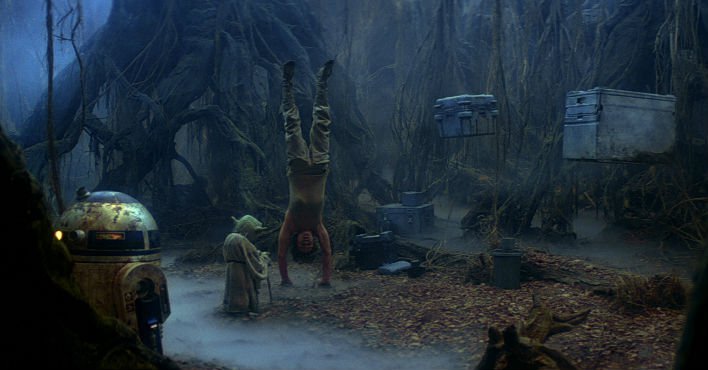 Peace is a lie, there is only passion.

Through passion, I gain strength.

Through strength, I gain power.

Through power, I gain victory.

Through victory, my chains are broken.

The Force shall free me.

Peace is a lie, when contrasted with passion. Every single Jedi demonstrates a depth of feeling about something at some point. Consider Obi-Wan’s anguished cries after he mutilated Anakin.

Consider the fury in Mace Windu’s eyes when he confronted then-Chancellor Palpatine. 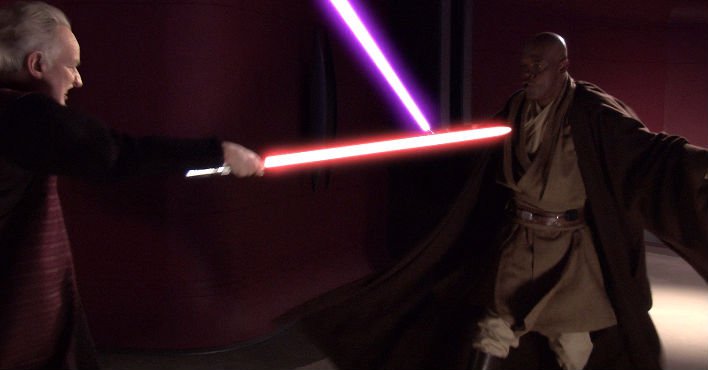 Consider the weary defeat in Yoda’s retreat from his duel with Darth Sidious. 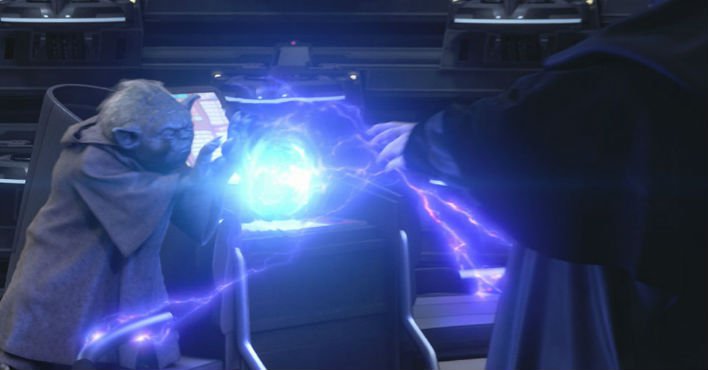 Peace and conflict are one another’s interregnums. They are both temporary, both impermanent. Seeking perpetual peace is a lie. 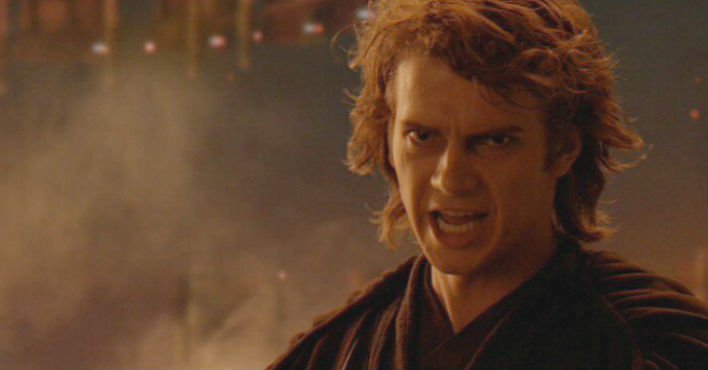 The next several lines all connect to form a single sentiment: your passions fuel you to overcome the chains that bind you from acting and succeeding in those actions. Confidence emerges from this. Changing the world emerges from this. Achieving one’s dreams emerges from this. MLK Jr. was passionate about Civil Rights. His passion gave him the strength to protest the injustices he saw. His courage and conviction and oratory prowess attracted followers and gained him the power to effect change. And, despite his assassination, he helped bring about tremendous positive change — he achieved victory and broke chains. Nothing in the Jedi code correlates to these actions, these successes. 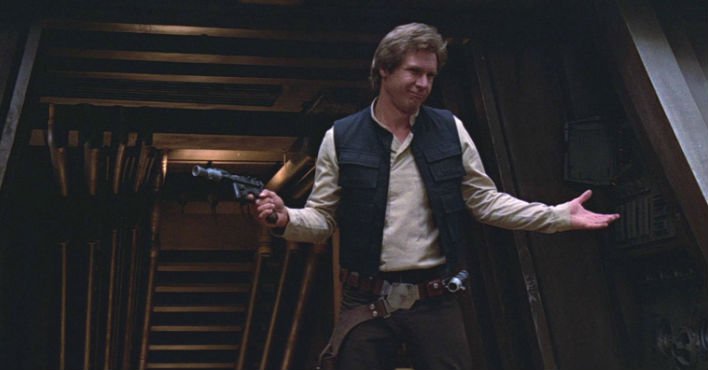 Much is made of “power” being evil unto itself. “Power corrupts” and “absolute power corrupts absolutely” — almost everyone has heard these phrases. And power certainly can corrupt. One need only look at the current state of political affairs in the U.S. to see the blatant corruption the powerful financial moguls have wrought. But that requires a narrow definition of “power.” Power — socially, personally — is the ability to effect change. To disrupt the status quo. To see a wrong and decide to make things better. Without power, nothing happens. Amassing power — or yoking the collective power of a group — is the only way to do this. We’ve seen this throughout history, time and again. 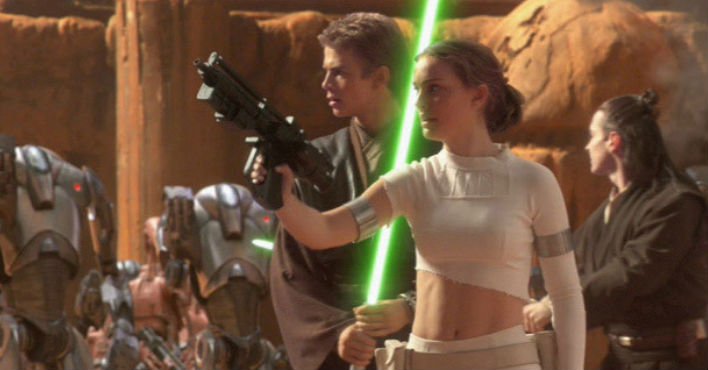 Granting then that power is not innately evil, but merely the means by which change is effected by an individual, you get into discussions of individual good or evil. Is killing someone good or evil? Makes a difference if the killing happens in cold blood or if it’s done in defense of another life being threatened by the person you kill, doesn’t it? We call the former murder and the latter self-defense. Context is everything. Have there been evil Sith? Certainly. Have there also been evil Jedi? 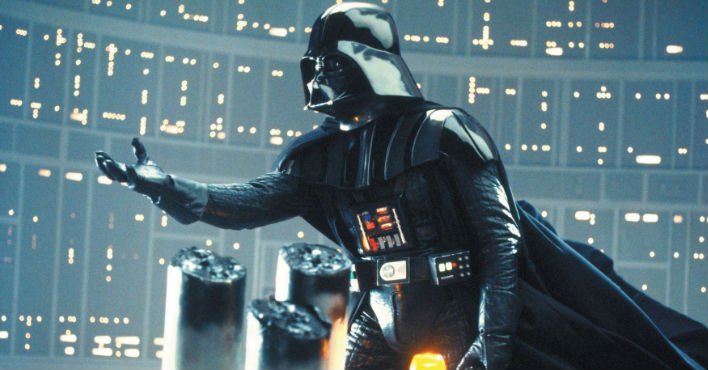 The peaceful Republic that preceded the Clone Wars had, under the stewardship of the Jedi, achieved unprecedented levels of bureaucracy and corruption to the point where an independent entity could illegally blockade a world and the Republic did nothing to stop it. They sent some Jedi to negotiate. Period. It was a friggin’ blockade! Why didn’t the Republic fleet, minimal though it may have been at the time, unleash unmitigated fury against such a blatant act? The Jedi were at the very least complicit if not out-right responsible for the Republic reaching this low. Is that not itself evil, even if it’s a mild, passive form of it? 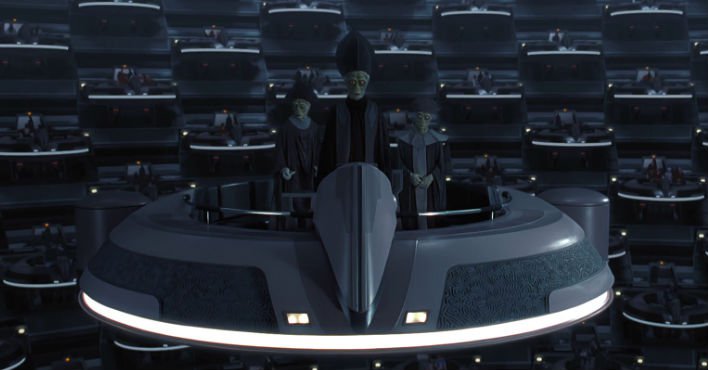 Perhaps we should look at Mace Windu and his entourage going to arrest Chancellor Palpatine without the authority of the Senate backing them. The Jedi staged a coup of the legal government of the Republic, entirely because Anakin identified Palpatine as a Sith Lord. How do we view countries where one religious group attacks another for control of the country, regardless of whatever history of conflict those religious groups have? 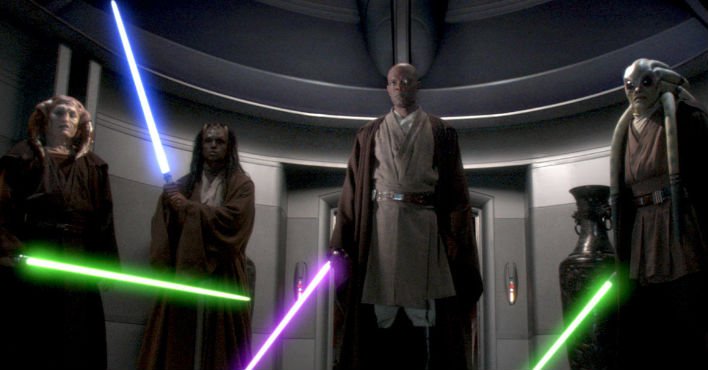 “But Palpatine orchestrated the Clone Wars! He was behind all that death!” And the Jedi had what proof of that at the time they went to arrest him? None. They had Anakin telling them he thought Palpatine was a Sith Lord. Period. Everything else was speculative. They went to arrest an elected official without evidence and without legal authority to do so on the grounds that he was identified to have a different religion and may have been connected to an ongoing conflict — over which he had presided on their side to that point! 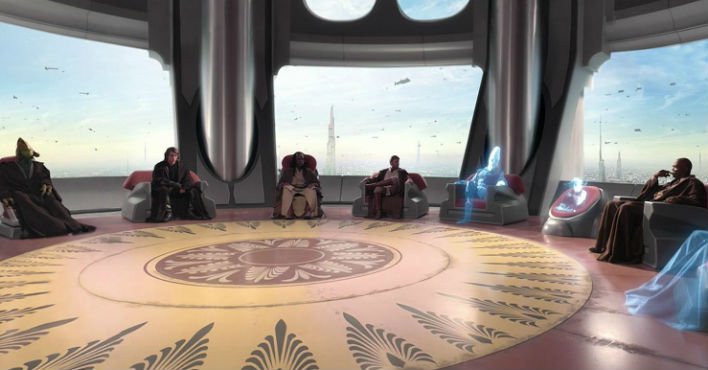 It goes on and on. And this all centers around one Sith Lord and the question of whether or not he was evil.
There’s nothing innate to the Sith that makes them evil. Indeed, the values they hold are all about self-empowerment to bring about change and throw off oppression in all its forms. The Jedi, by contrast, are about stagnancy and suppression of the self. 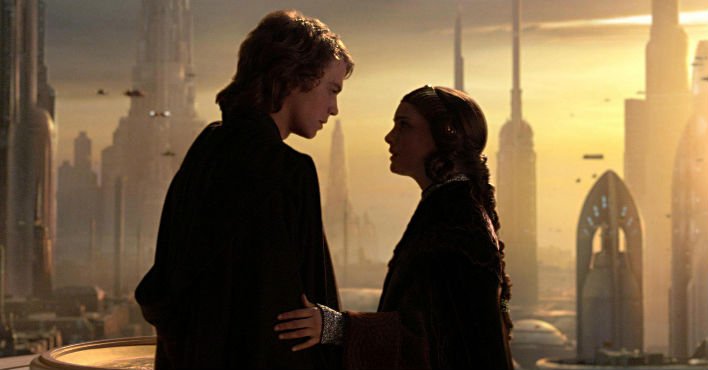 So now…which of those sounds more evil to you?