Jonna Miller is a wife, mother and blogger and she recently revealed a shocking moment she had at home while her husband was out working. She was sick and tired of her husband working late and being away from her family but things came to a head when she was doing laundry one day…

This is what Jonna said:

“It’s a beautiful thing isn’t it? You find the man of your dreams, you get to spend the rest of your life with him and you live out your childhood fantasy of a “happy ever after.” At least that’s what I’ve read in fairytales. But, I don’t ever recall the Prince in the fairytale having rough, cracked hands and crows feet before he turns 30. I don’t recall the Prince missing dinners because he was working over time or going to bed shortly after he came home to his Palace because he was so exhausted. I don’t remember any of that.

I’m married to a hard working man and I would be lying if I said that it didn’t take a toll on me. Sometimes he will come home after a long day at work and I’ll be waiting for him to walk in the door so I can yell “You promised me you would be home at 5!”

…As if he would rather be working than spending time with me and our daughter. I become irrational. I go against my better judgment and let my mouth fly before I think. At the time, I know I’m putting him in a lose-lose situation. He literally can’t win. If he doesn’t work late, we won’t get the new furniture set that I HAVE to have. If he does work late, he comes home to a nagging wife who is desperate for his attention. I am so selfish in our marriage and I know that. But, every once in awhile I’ll have my little “A-ha” moment that gives me a sense of understanding. Except, this “A-ha” moment was different than others and changed everything for me.

It was a Wednesday evening and my husband worked much later than he told me he would. I put his cold dinner in the fridge and sat on the floor with our daughter. We played with dolls and read some books, but in the back of my mind all I was thinking was “Boy, is he going to hear it from me when he gets home!” I heard the dryer go off so instead of giving it another go around to avoid folding (I know I’m not the only one who gives their clothes the extra few fluffs!) I decided to get it over with.

I took the clothes out of the dryer and threw them onto the kitchen table. I begin folding, thinking “why does he not want to spend time with me? We’re newlyweds, aren’t we supposed to be in the honeymoon stage?” And as these thoughts are consuming me, I now have two piles; my clothes and his clothes. Why did my clothes look so vibrant, clean and new? His were dingy, stained and torn. I stopped folding and just stood there, thinking. This man provides more than I deserve. If I tell him I want something, very seldom will he tell me no. I began feeling an overwhelming feeling of guilt and shame. I couldn’t help but feel like I have failed as a wife. Instead of being grateful that I have an amazing husband who takes amazing care of me and our daughter, I wait for him to come home to pick a fight. I get spoiled with the fruits of his labor and he is okay with a pair of torn boxer briefs. I was acting as if he was out partying with friends; but his laundry told a completely different story.

His hands are rough. They have blisters and they’re cracked. His clothes are torn, stained and dingy. He doesn’t care, though. His heart is full when he walks into the door and our daughter runs for him excitedly yelling “DADA!” His dreams have come true of being able to be a man and provide for his family. He has everything he has ever wanted in life…

I’m working on being a better wife. Sure, I miss him and want to spend time with him throughout the week, but I have realized he is offering me the most beautiful form of love there is…he works to give our family everything we need. He works so his wife and daughter don’t go without, even though there are times I’m sure he does. 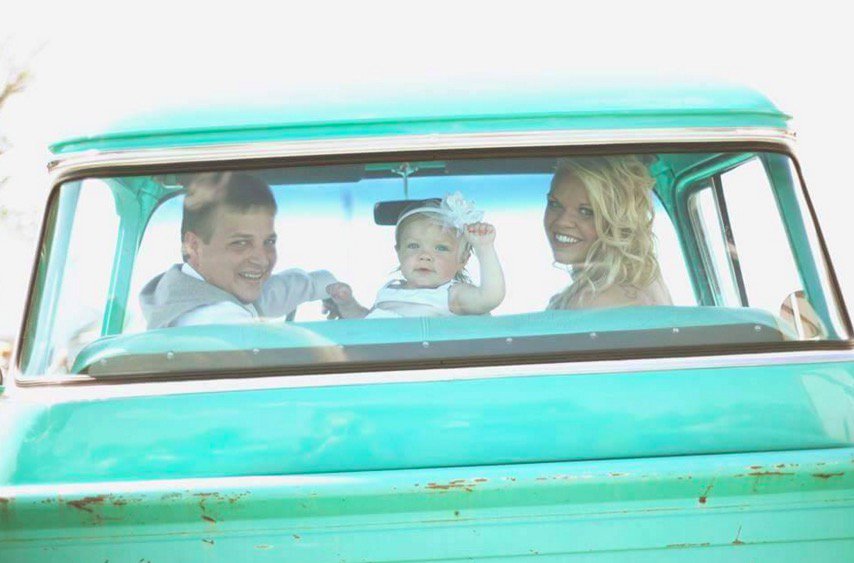 I thought her words are really meaningful – it’s a strong way of seeing things and hopefully if it helps create better relationships and marriages, then I’m all for it. You can find out more about Jonna on her blog.

If you’re inspired by Jonna’s words, please share this with your friends and family today.