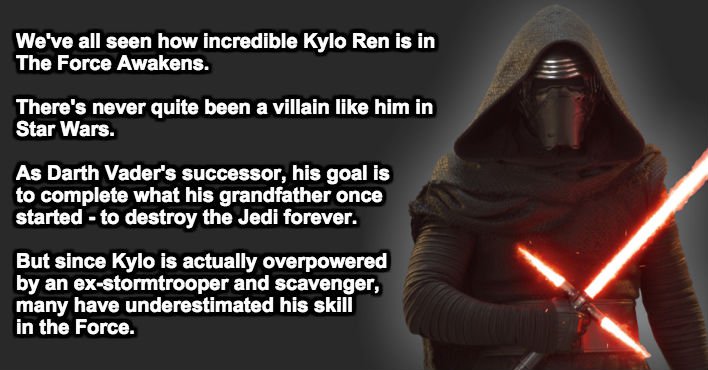 Did you watch the movie? Did you pay attention at all?

Let’s rewind a bit, and talk about something that comes up over a dozen times; Chewie’s bowcaster.
The movie is like a freaking infomercial for the epic tons of awesomeness and everything around you for the next twenty feet that this badass piece of weaponry dishes out like second helpings of your grandma’s world famous mashed potatoes.

We see time again Chewie dealing heaping truckloads of who cares about that guy and his entire lineage – with this death-dealing weapon of pure carnage. He hits a Stormtrooper in the breadbasket and sends that poor guy flying twenty feet back into a wall as his armor shatters on the ground.

Han makes a point of asking Chewie if he can try it out, and then proceeds to obliterate five (two*) troopers with one easy shot.

Let’s not mince words here. Chewie’s Bowcaster is like the unholy love child of the original crossbow and a howitzer. The Empire should have just strapped this piece of weaponized awesomeness to the front of an asteroid, aimed it Alderaan, and saved themselves the trouble of housing a giant space station.

So…after being shown the pure unadulterated hell that spews forth from this hand-held death cannon in a deluge of destruction and demise, we can all agree that being shot with this thing tops a long list of things you don’t want to happen to you.

Well, it happens to Kylo Ren.

And, what does he do? Well, he doesn’t get thrown through the air like every other thing that gets hit by this murder machine. In fact, he just kind of takes a knee for a minute. He doesn’t get instantly wrecked while careening through the air hoping for the sweet release of death. He gets up, and proceeds to walk it off.

But, he doesn’t just quit there. He doesn’t just walk off what everything else in the universe instantly dies from. He goes out to find a couple victims, and tears them apart.

The amount of control, the amount of pure Force power to stay standing after taking a shot like that is mind-bending. But, he doesn’t just stay standing. He goes out and fights. He should have been dead right there, or at least screaming in pain as his insides fought to be outside his body. But, he fights. He’s using untold amounts of pure Force energy to keep his insides inside, to keep himself conscious, to keep his legs, arms, and body moving, all while fighting two people who, until this point, haven’t really been spending a ton of energy. They’re practically fresh. And, no training? Finn’s a STORMTROOPER. He’s been combat trained since childhood. You bet your ass he can handle himself in a fight. And, Rey? Rey’s been kicking ass hand-to-hand since before she can remember. Sure, it’s an unfamiliar weapon, but you give someone, with an inkling of how to fight, a stick and they’ll hold their own.

Of course two people beat Kylo at the end. Dude’s nursing a gut wound that would put down a Rhino on steroids. The question shouldn’t be how did Finn and Rey beat him.

It should be this:

If Kylo Ren could do all of that after taking that kind of hit…how in the world are they going to stop him when he’s at one hundred percent?