Recently we have seen the horrible effects that drunken idiots can have on nature.

In Buenos Aires, a bunch of people on the beach spied a pair of cute, intelligent, very-photographable dolphins diving and swimming near the shore. But these beachgoers would not be satisfied with merely snapping photos of the majestic creatures from the beach.

No. They had seen photos and videos like those. Everyone takes those. Those kinds of things are boring. Apparently. 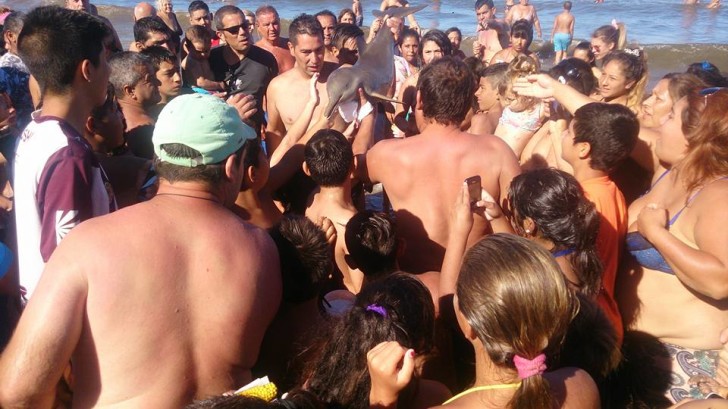 Instead, a guy went into the water and captured both the dolphins and carried them back to shore. In his drunken, ignorant mind, perhaps he saw himself as a hero?

Now everyone on the beach could have a chance to take an up close and personal selfie with the terrified creatures! Those are the kinds of photos and videos that get likes and shares on Facebook and those hard-to-earn hearts on Instagram. He was a generous and loving social media genius, you see. Right?

According to the World Animal Protection Group who reviewed this incident:

“At least one of these dolphins suffered a horrific, traumatic and utterly unnecessary death, for the sake of a few photographs. This terribly unfortunate event is an example of the casual cruelty people can inflict when they use animals for entertainment purposes.” 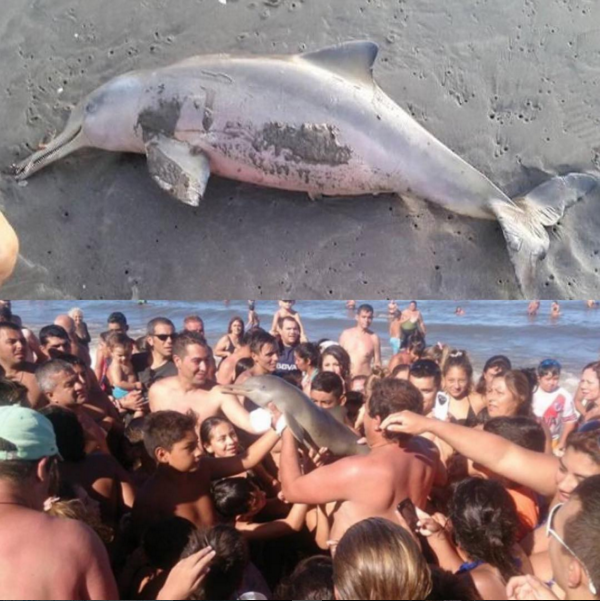 The dolphins were literally mobbed and manhandled and passed from person to person as phones snapped away and silly faces were made.

Once the crowd had had its way with the dolphins, they moved on to something else that caught their attention. Possibly a passing snack vender, or a hot lifeguard, or another innocent and photo-worthy creature they spied in the ocean.

One of the two dolphins was then sadly dropped right there in the sand like an empty soda bottle with no purpose in life. There, it dehydrated and died. The cruel invaders didn’t even put the poor thing back where they got it from.

These dolphins were of the La Plata species, which is considered to be vulnerable to extinction with only around 30,000 of them remaining. They are also one of the tiniest, gentlest and cutest varieties of dolphin, which made it easy for the human idiot to grab them up in the first place.

This is both sad and terribly unfair.

If people are going to be stupid and take such wild animal selfies, then I propose they should at least allow Darwin’s laws of evolution to play out.

Can we enact a law that says you are only allowed to snap a selfie with an animal if it is able to attack or kill you? Take, for example, the famous bald eagle selfie that you may have seen. If not, here it is below: 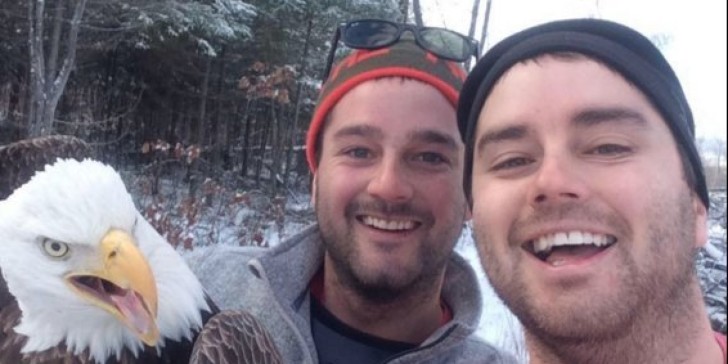 This was cute, stunning, and totally fair. Because the eagle could fly away, should it had chosen to. It could have also pecked out both of the brothers’ eyes and left them for dead. Fair game.

Another example of a fair trade selfie is the shark selfie below. Want to chance your life for a dumb photo? Knock yourself out! 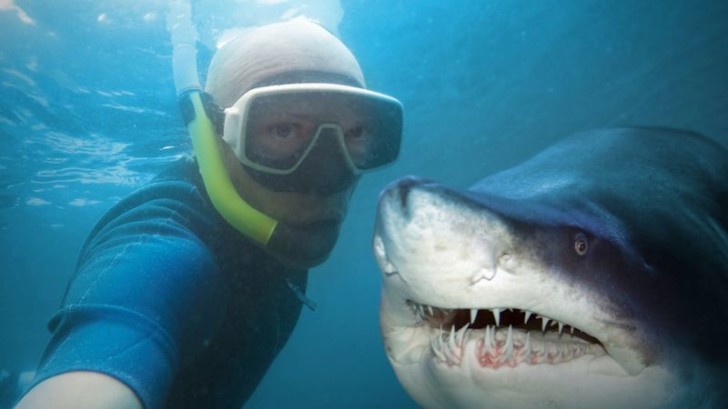 But please leave cute, defenseless animals out of your selfish selfie game. Thank you for listening.

Please share this with your friends and family if you agree!