April is a loving and hard working mum of a little 5 year old boy with autism. Life is already difficult trying to take care of her son with autism but she has encountered a lot of hurtful people who make fun of her son and think he’s crazy. Exhausted by work and stress, one day she takes her son to the local pool to try and get away from it all… but she never expected to encounter this. This is what April says:

I was sitting by the pool watching my son splashing and squealing, doing his stimmy thing, happy as a clam. In walks Jade, somewhere between 7-8 years old, blond hair, freckles across her nose, all 50 pounds of her, if that. She spots him by himself and proceeds to initiate play. She talks, asks him questions and as usual, he doesn’t respond. About this time, I fully expect her to walk away, just like all the others had before her, but she doesn’t. She doesn’t walk away.

She asks, “Does he have autism?”

I’m not going to lie here, the question stunned me a little. I wasn’t entirely sure how to explain autism to a girl so young. Either way, my response was short and simple, “Yes, he does.”

She turns around and changes her approach with him. Instead of asking him questions, she starts telling him what to do. “Here, get on the float, I’ll pull you,” “I’ll throw the ball, and you catch, OK?” Whoa! Was I really seeing what I was seeing? Was my son playing? Did my son finally have a friend? For about 20 minutes, until the little girl had to go, I got to watch two kids laughing and playing together, and for the first time ever, one of them was mine. Thank God I had sunglasses on because I was a mess. A blubbery, emotional mess at what I’d just witnessed. 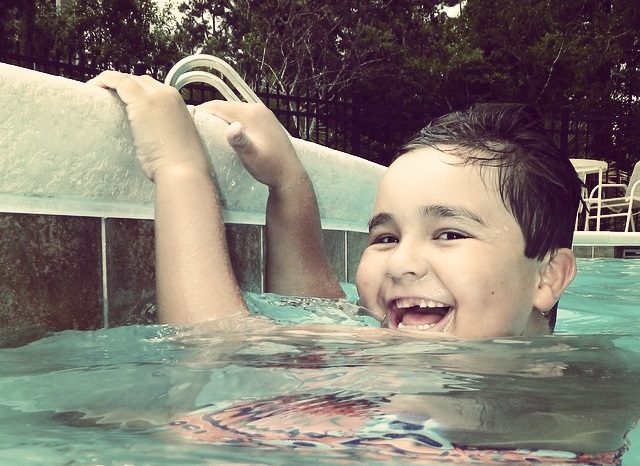 Thank God I went to the pool today because in about 20 minutes, the little girl named Jade gave me something I’d waited six years to see. My son, mine, play with a friend! And the second thing I witnessed, well that was as equally remarkable: that warm summer day, I got to see love win. And that, my friends, is something you never forget.