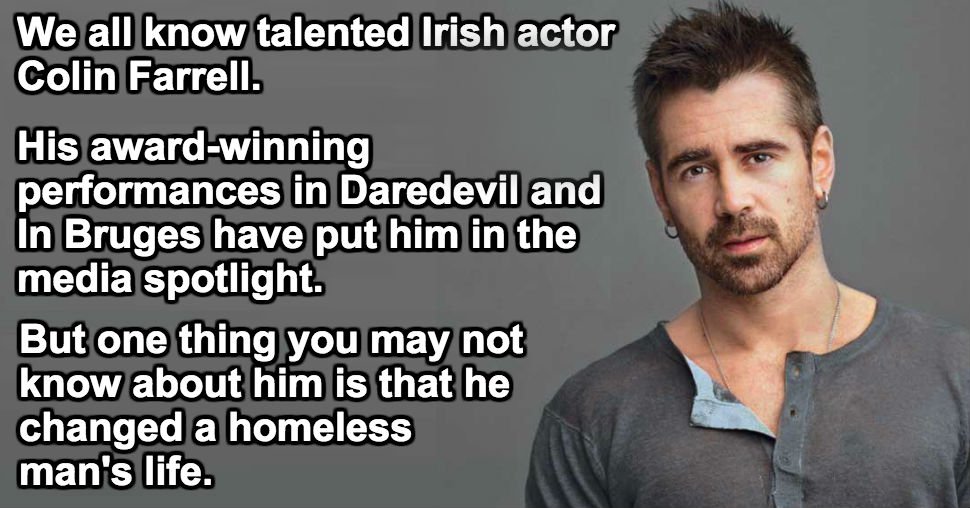 It’s September 2007. Toronto, Canada is buzzing with the arrival of big celebrity names for the Toronto International Film Festival, anticipating the premieres of movies like No Country for Old Men, Juno, and Atonement. Celebrities are being photographed walking the red carpet or being caught unaware in coffee shops and hotel lobbies. One celebrity, however, is being photographed doing something completed unexpected.

31-year-old Irish actor Colin Farrell is here for the premiere of his latest film, Cassandra’s Dream, directed by Woody Allen. Instead of press junkets and red carpets though, he’s taken to the streets to take care of some unfinished business.

In 2003 Farrell arrived in Toronto to film The Recruit. During a break on-location one day he encountered a homeless man near the shoot. He took the time to get to know the man, named “Stress”, who had been homeless for several years. Farrell was moved by his story and stayed to speak to him for much longer than the typical coin-drop-and-walk-away that so many Torontonians are accustomed to. 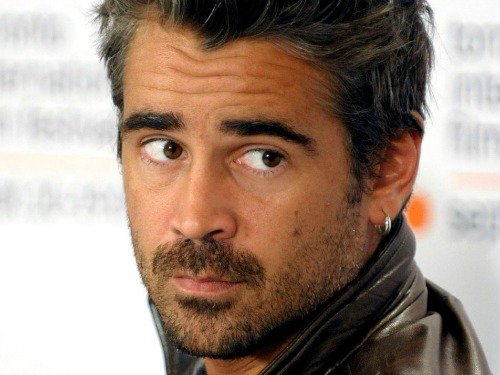 The next day a Toronto-based radio station announced a contest: anyone who could bring Colin Farrell to the station for a much-wanted exclusive interview would receive $2000. Farrell went back to the same location he had found Stress the day before and convinced him to accompany Farrell to the radio station. Farrell did the interview and Stress received $2000 for bringing him in. The two parted with Stress thanking Farrell for his generosity.

Flash forward 4 years later to TIFF 2007. Instead of spending his time in Toronto as a tourist or promoting his movie, Farrell hops in a limousine to find Stress. He succeeds! The two are reunited. Colin proceeds to take Stress on a $2100 shopping trip, outfitting him with a new wardrobe and equipment from Europe Bound, an outdoor gear store. The manager of the store remarks that “they seemed like they were really good friends and they were best buddies, like they’ve known each other for years.” Farrell insists that Stress could buy whatever he wants and encourages sales people to help him pick the best quality items.

Later Farrell takes Stress to an ATM to withdraw $830 meant to cover first and last months rent at a new place to get Stress off the streets.

It goes to show that not all celebrities are self-centered and spendthrifts. There’s a lot of generosity and philanthropy in the entertainment industry. Hopefully more celebrities will follow Colin Farrell’s example and use their popularity and affluence to reach out to someone in need.