Donald Trump isn’t exactly known for playing nice, especially now that he’s running for President of the United States. The controversial candidate’s views on immigration, religion and social issues have gained him a huge number of vocal opponents.

However, recently a dozen high school students were able to sneak a secret banner into the hall where Trump was holding a campaign rally… needless to say, Trump wasn’t pleased. 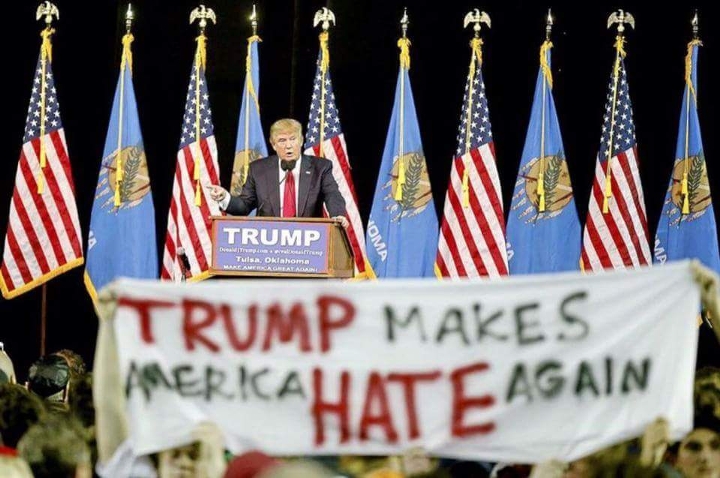 After finally noticing the students, Trump said, “Get outta here, kid. See, he wants to be politically correct. This isn’t the old days…But I like it, I like it. I love protesters!”

Apparently his fans don’t love them, though, because supporters promptly ripped the banner out of the kids’ hands and stomped on it to show support for their fearless leader.

The group of students were booed as they were forcibly removed from the event, but not before someone was able to snap a quick picture of the brutally honest banner center stage. Good luck scrubbing this from the internet, Trump!

It’s truly amazing to see kids so passionate about politics, especially as many of them had to skip school in order to protest the event. Many of them didn’t even know each other directly, but were united in a common cause to stand up for what they believed was right.