The Internet is full of people who are full of opinions. And sometimes people confuse their personal opinions with facts. Like when they think that their opinion that women who are 200+ pounds shouldn’t wear something because they look terrible in it.

Sara Petty took issue with that particular opinion, so she decided to do something about it – win the argument the best way one can in the internet: with pics.

First, she searched twitter for the term 200 pounds bikini and then copied tweets that say plus-sized women should never wear such a thing. Then she snapped a photo of her wearing a bikini. 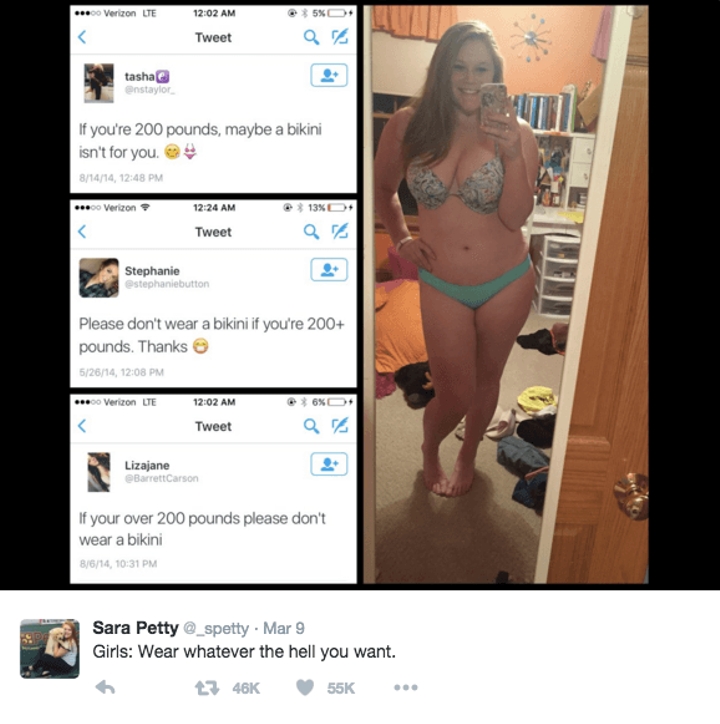 The responses speak for themselves.

Then she searched for “200 pounds crop top” and did the same thing. 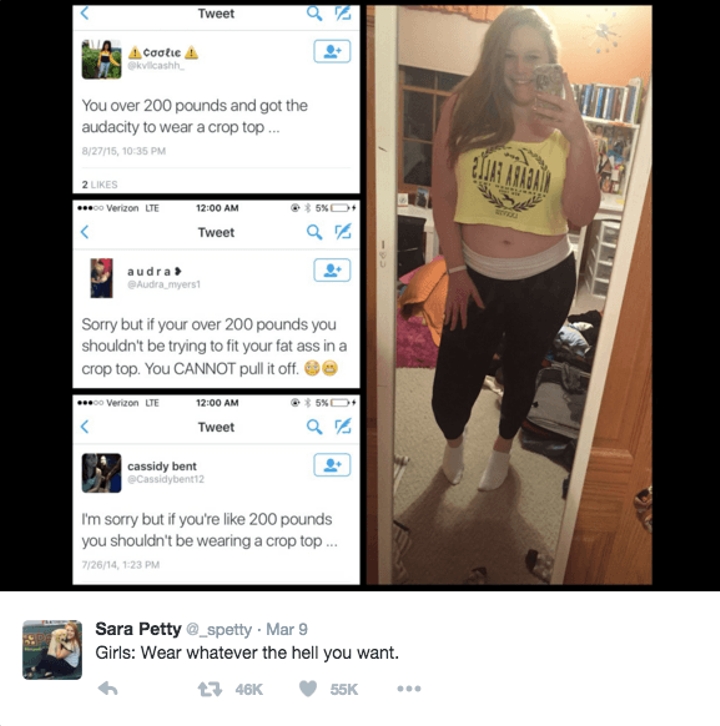 “It was kind of scary because I knew I could possibly subject myself to a lot more body shaming and hate, but I knew there had to be some empowerment in being vulnerable and proving to myself that no one else’s opinion of my weight matters. There is such a stigma around 200 pounds, unfortunately, as if it is some magic number that dictates when a woman can or can’t be attractive.” Sara shares. 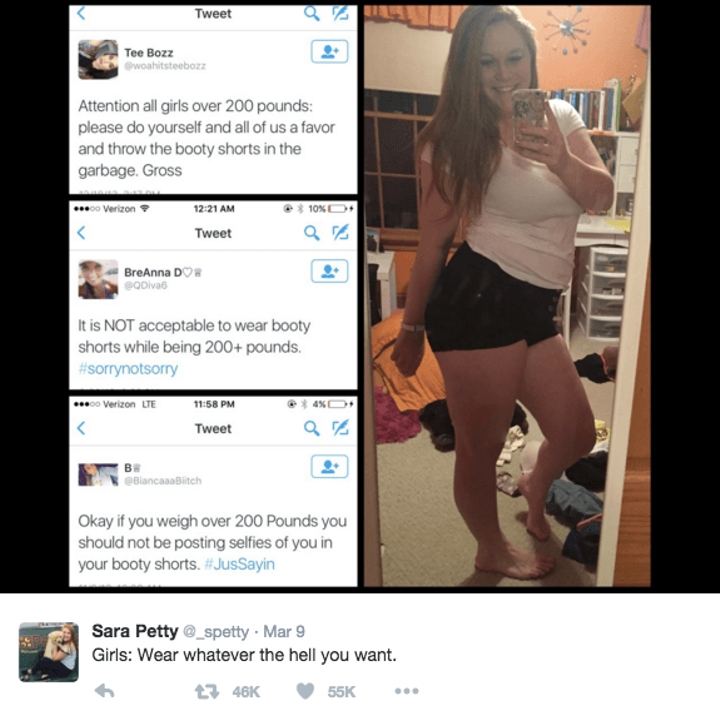 And did the same with leggings. You get the idea. 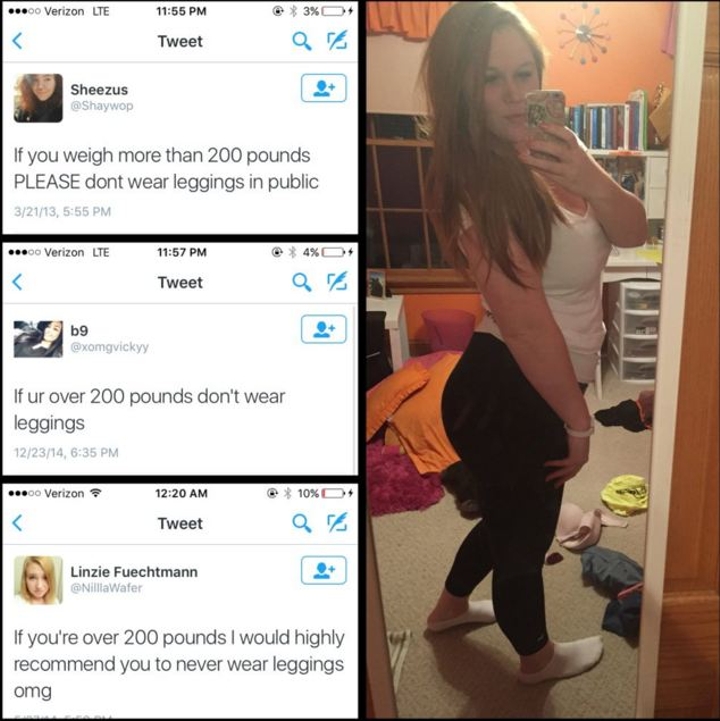 After posting the pictures, Sarah got a massive amount of retweets and likes on twitter, as well as tons of positive comments, from other supportive women and men.

“Posting these pictures helped me become a little bit more OK with seeing that number on the scale, and I hoped that it would help other girls, too,” Sara said. “I hope that my post moved us just one step closer to being a society where girls can wear what they please without being afraid of ridicule.”

Go you, Sara! If you agree with her, please share this with your friends on Facebook today.