As a member of the U.S. Air Force, Brandon Phillips has been deployed overseas for months and missed nearly all of his wife Veronica’s pregnancy, including watching her belly grow and feeling the baby’s kicks grow stronger.

But even with thousands of miles separating them, Veronica wasn’t about to let him miss out on her last set of professional maternity photos. 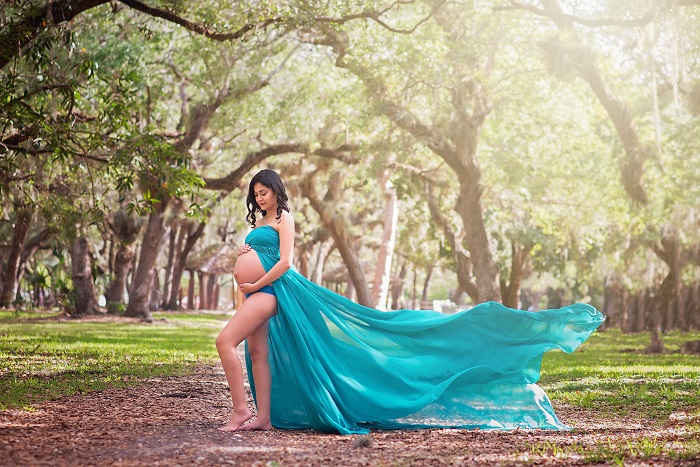 “I had seen many photos where people were Photoshopped in, and I have Photoshopped siblings together before to look like one seamless photo,” said Miami-based photographer Jennifer McMahon of Jennifer Ariel Photography, who conducted last month’s photo shoot. “After playing around with several edits for a few days and many hours of editing, I posted the one I thought told the best story and would evoke emotion in all who saw it.” 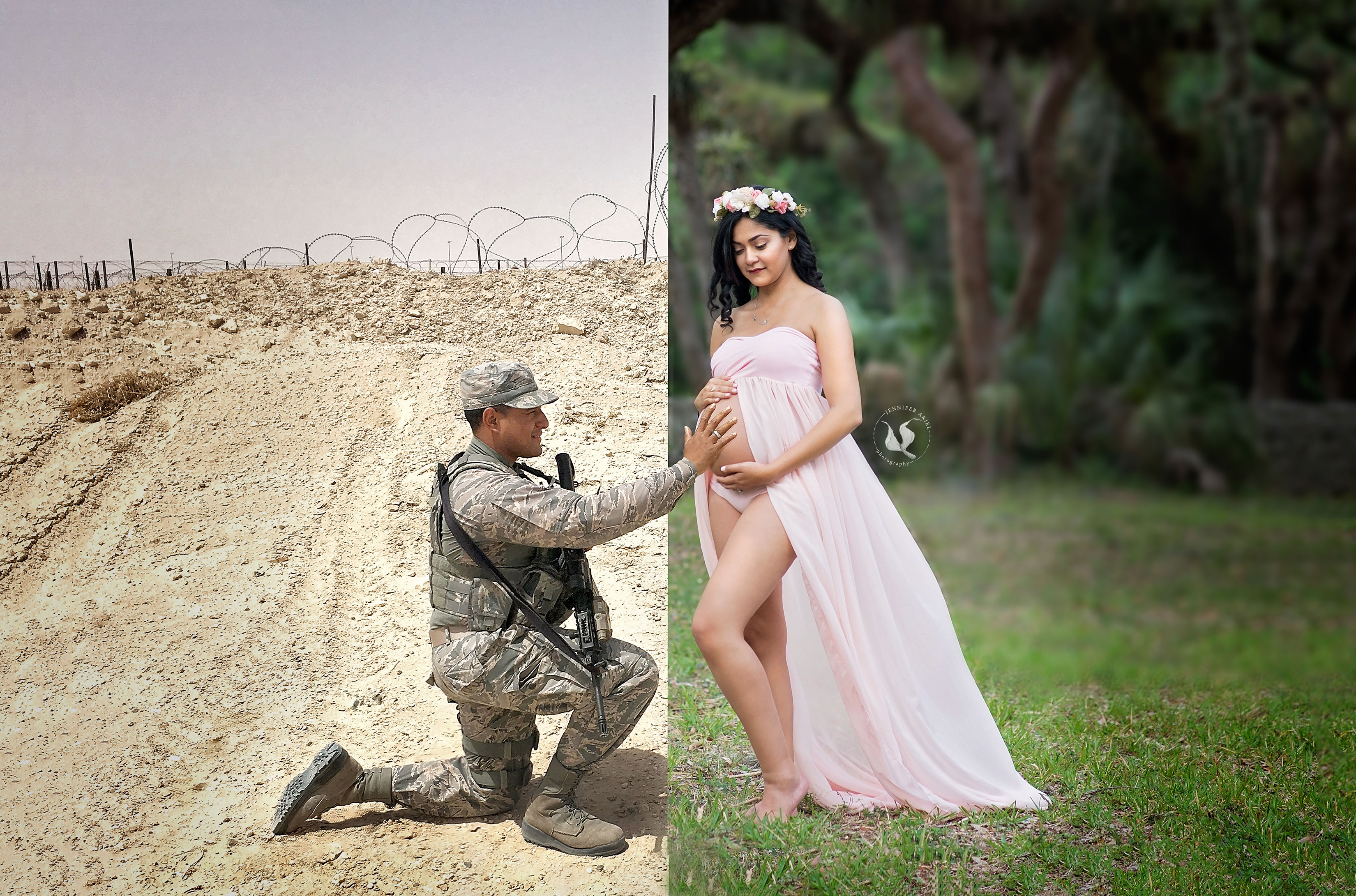 A combination of two separate images, the photo shows Brandon– dressed in military- issue camouflage against a desert background– kneeling on one knee in front of Veronica, his hand reaching out and seemingly touching her pregnant belly.

Veronica’s own hands are placed just above and below his, and she gazes down at them with the hint of a smile playing at her lips, her sheer pink maternity gown trailing against a grassy, forested backdrop. 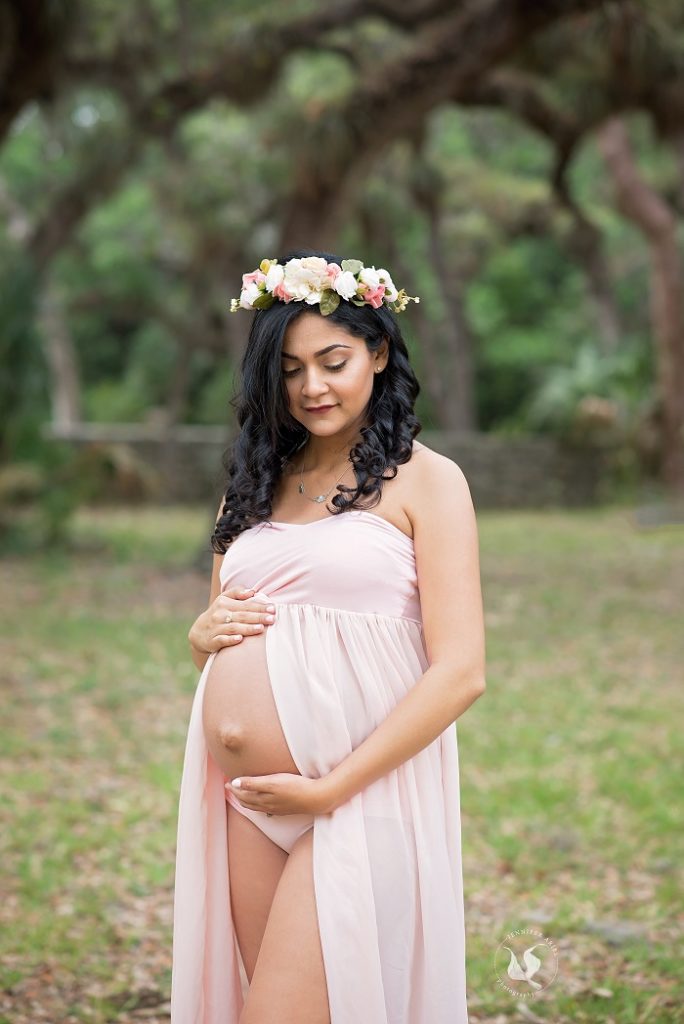 “I wanted to honor my husband, and even though we are a far distance from each other, we are close in this picture,” said Veronica, a 29-year-old social worker. “It symbolizes our love and commitment from afar.” 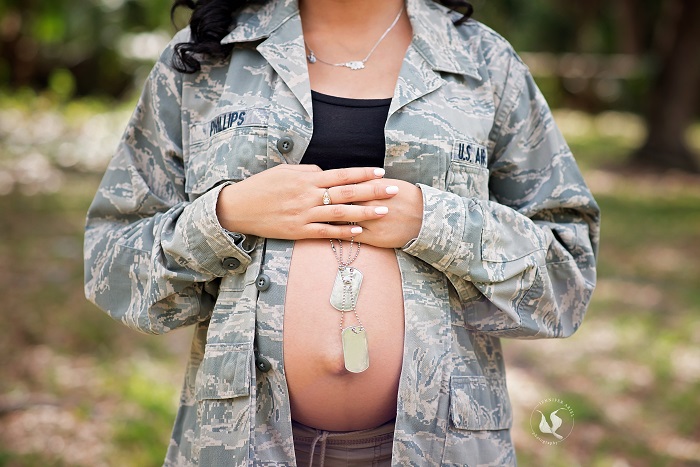 The couple is counting down to their son’s due date next month, and have already chosen the name Landon. 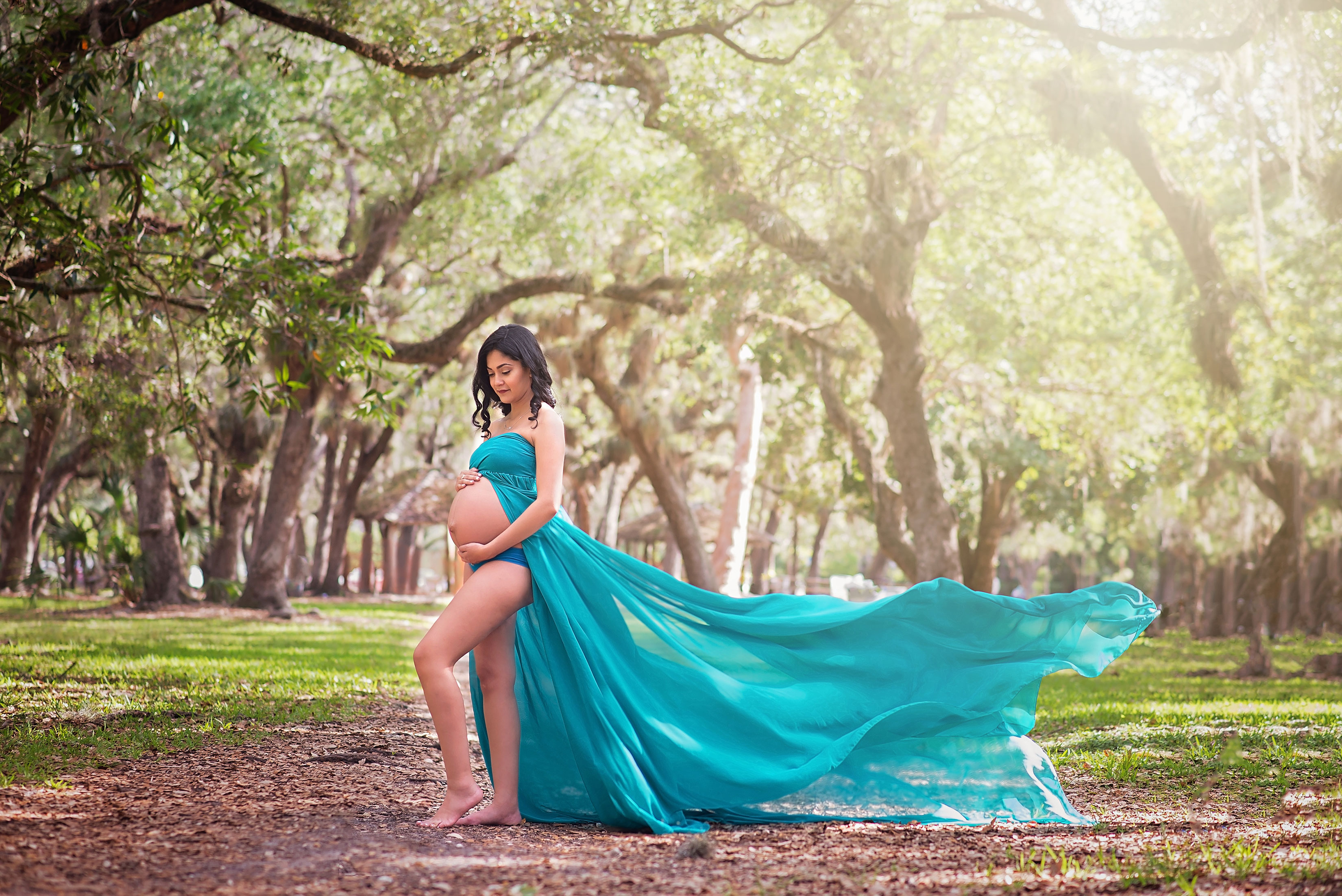 Still, he’s with Landon on Veronica in spirit, something this photo perfectly captures.

The couple does plan to Skype while Veronica is in labor so he can be part of it – and maybe McMahon can put her skills to work again, Photoshopping Brandon into the delivery room as yet another keepsake.